The Namesake is the second book written by Jhumpa Lahiri who was born to  Bengali Hindu parents who had emigrated to the United Kingdom and herself was born in London. After two years of her life her family had shifted to America , her ties with India came from the visits which her parents often took to keep her familiar with their country of origin.

She paints a vivid picture of the migrant couple from India- Ashoke and Ashima . Through her depiction of the character of  Ashima she beautifully portrays the emotional insecurities which is experienced by a a woman who is suddenly left getting accustomed to her own devices in a remote country where she is without an occupation or any type of blood ties which might be a source of solace for her. The tale of Ashima is poignant as the era in which she dwelled had not witnessed  yet the onslaught of social media which was ages later, this was a time when most people in India like Ashima’s family did not even have access to the humble phone. Phone calls were an awkward affair where someone  had to make a call from the phone set at the neighbours. This entailed that the phone rang only  either when there was an urgency or to share a message of despair. It understandably was a tough time for anyone who had moved borders in the bygone era. Ashima as the name depicts was a Bengali girl from Calcutta who was naturally attached to her roots and lived the youthful days of her life worrying about how far she had come away from her parents and spent a perpetual number of years craving unison with the life that she had left behind.

Lahiri, being a Bengali herself, although not raised in India gives scrupulous accounts of  the city of Kolkata which has been home to me as well and there lies the reason for my interest in her literature. Their are haphazard  allusions to certain  streets of Kolkata and other memorials . For the uninitiated Kolkata is a unique city unlike any other in the Indian continent. Despite years that have passed away Kolkata has still managed to preserve the Anglican influence of the yesteryears. Although their are parts of the city which is rapidly metamorphosing, their is a large part of it which refuses to part from its  past heritage. A quick walk down Park street with its modern and ancient architecture and eating locations which have been time and again refurbished and re-invented will give one a peek into the city with the soul . Kolkata is a perfect  preservation of a sense of  nostalgia of the historical past mingled with  anticipation of the present. Truly the city is  a synthesis of the past and present. However to see the real Kolkata or even India Jhumpa Lahiri is not the perfect source as she while giving the reason of migration is playing upon a flaw, which is the mark of the third world countries mainly an absence of safety of life. 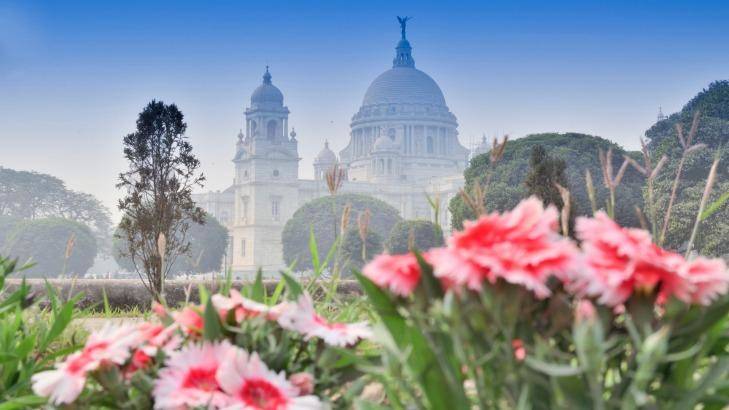 However neither does she show America as the unmitigated answer to the determination of Ashoke to find greener pastures where he was  meant to realise their aspirations. It has been portrayed mostly in all its austere, aloof stateliness  and definitely not as a special place exuding warmth or even something that convalesces into home even in the old age which is depicted in the fate of Ashima who serves as a pendulum suspended between two different points for the remaining part of her life. Through Ashima the reader barely ever gets a glimpse of a silver lining that could persist in their life long stay in the American nation , a place where in the real world most people find their sane haven .

She further lets down her readers by completely moving away from the path that she took with the onset of the primary character called Gogol who finds no sense in staying connected to his roots and blindly foregoes of all the values his parents ever stood for. The rest of the story could have been of Gogol Ganguli or a random John Green, it hardly ,makes a difference for it is mostly about how this character is busy trying to live the mainstream White persons life which seems to have no difference from a story you would read by any regular American author. Here the author starts to seem as fairly pretentious and devoid of a character.Their is not a iota of novelty or anything uniquely Indian about his story . By the time the character comes  a little to his senses, it is a tad too late by my sense of judgement  . He suddenly decides to shed his obnoxious nature of being repellent to his parents who a large part of the novel he spends avoiding. Even the ending is rather dismal in holding scarcely a pledge of a auspicious  future for the fundamental character.

Jhumpa Lahiri is a winner of the Pulitzer prize for her ‘Interpreter of Maladies ” and without a semblance of doubt is a writer who plays with words beautifully and uses words rhythmically. However going by the only novel that I read of her , her  writing nowhere  provides a sense of optimism  to the overly efficacious but paints a considerably drastic and sordid image of life. As it seems she has been  criticised often for being over-rated as I happened to learn when I chanced upon a certain article on The Esquire ,the link of which can be found below.