In the words of an expat mum

Its been about a year and a half that we arrived down under. I can still feel the cold October breeze on my face as we exited the huge glass doors of the Melbourne airport at around ten in the night and for the first time ever set foot in the city of Melbourne. On that first taxi ride to our Air bnb accommodation my eyes were seeking the America that we had left behind months ago. I had heard somewhere that Australia was quiet the same as the US. However not anywhere did I spot the huge Walmart, or Publix and what on Earth was Woolworth, why were they selling wool at so many places , I wondered.  Why were cars waiting for their turns at a crossroad with a round concentric circle in the middle of the road at something called a ’roundabout’. There were so many questions on my mind. How come I did not see a single kangaroo leaping across my car on the street.

Days passed , well my eyes were opened to new things. Here was a government which actually cared for the people . A healthcare which was totally free for those not earning huge. I had my baby within a few months after we arrived here and I was back home all free of cost. Never had I seen health nurses being entrusted with the whole process of child birth and not to forget the kind and helpful regular check-ups where I was told in more than one occasion, ‘You speak English really well.” and not to forget them insisting that vbac was completely safe even if you had a C-section during your first kid unlike places where C-section is a mere money making ploy.

Its a place full of people from every nation co-existing. Its not any one persons or race’s country but belongs to everyone living here since ages or even a few days, working to make it better and enjoying the benefits of living in this great nation which they call home. Originally belonging to the Aboriginals , most countries in the world are not untouched by the advent of the migrants be it from any shore, some are arriving now whereas some did hundreds of years ago. Australia is no different, it is  a country of the migrants.

A nation immersed in natural beauty in its every corner whether its the temperate beauty of the North, the serene quiet beaches on the west, or the wilderness of the Australian outback or the cool and cosmopolitan Melbourne and Sydney. It is said Australia is in its outdoors. There is plenty to do in the outdoors-camping ,cycling ,trailing ,hiking, sunbathing surfing, you name it. Not to forget its beautiful and unique fauna which sets it apart from the rest of the world. Ignoring the creepy spiders who can get over the Koala cuteness or the Kangaroo charm?

Of course its not perfect nothing ever is. It does have people critical of certain communities and race but I am also aware that for every bitter and narrow-minded agitator there is a calming voice of sanity. Good and bad human beings are to be found in every religion and community. The people who usually commit unpardonable and ugly crimes against humanity are usually high on alcohol, drugs or some other bullshit and often all three at the same time. That is the only constant, ever, as any wise person will tell you. Those sane voices are always around to speak out and balance the noise. In December 2016  there was a huge ruckus over the sight of a billboard which depicted two girls wearing the hijab in a promotional for  Australia Day, which was later brought down but there was also a counter movement where funds were raised to bring them back on.

When I drop off my daughter to school I am aware that the   National Quality Standard for education states that children have their own strong sense of identity and it must be respected and not to forget that the educator must work in partnership with the family. I am happy to feel a sense of belonging in my child’s education when the educator makes an effort to discuss my child’s developments and at times organize events that we all can be a part of! 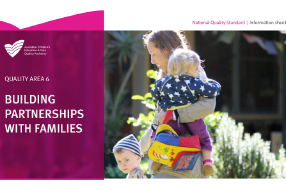 I know that some of us are paying huge taxes but I feel contentment at the thought of the comfort that someone else is receiving whose needs were like mine when we had  arrived here.  I know that the businesses closes really quickly on most days but I am also thankful that we are home as a family early enough. May the Almighty God bless this country, a silent prayer often escapes my heart. As for me I am busy living the Australian dream, just kidding all ,I ever do is run after two wild kids , cook , clean and play camouflage and stealth ,well mostly !