On Texas Tuesday with Kids #4

We were visiting Dallas, Texas on a very short trip. It was only becoming that we paid a visit to the Reunion tower also known there as ‘The Ball’. There is no way you can let yourself or your kids miss this piece of history. There are so many reasons that you could be visiting this for. One of the reasons would well be that you are able to view the entire city from there. I would say that is reason enough.

Located at a height of 561 ft, it provides quiet an eyeful view of the entire city over the downtown.It is located on 300 Reunion Blvd E, Dallas, TX 75207. Its entry is through a foyer in the Hyatt Regency Dallas. Parking can be availed at the Hotel parking too , however as a visitor to the tower their is one at close proximity to the tower itself. The entry prices are really cheap and can be done online as well from here.

To familiarise with the interesting history of the Tower and catch a glimpse of its creators, you can check out this link

After you take the elevator to the deck you enter into a lounge area scattered with wall light works. Further doors can be taken to an all-encompassing foyer which takes one to the sightseeing area. The  actual viewing area has many telescopes which enables one to have a close scrutiny of the entire city replete with its various bridges , roads houses and industries.Do not miss out the Dealey plaza located on the West end district of downtown, Dallas. It was the site of assassination of President John. F. Kennedy who  could probably be said to be a ovation worthy President considering the promises that he held of a better future . Further you can not miss out on the sight of the infamous Texas book depository from where Harvey Oswald probably took the shot which went onto shape the future of American history.

For further entertainment there is a fine-dining luxury restaurant right atop it. The restaurant in discussion is known as Five Sixty (probably named after the height and was founded by celebrity-chef Wolfgang Puck. Its further appeal lie in the fact that its a revolving restaurant providing a 360 degree view to its customers. Prior to leaving the elevator once you had your view , do not miss out on the souvenir area where you can have your photograph taken too right in front of the Reunion Tower in whichever light setting as you prefer. We had one by the night sky for about 10 dollars. If only we could be there by the night-time too to have a view of the city under the moon and stars but only if we had stayed the night in the city which we did not. 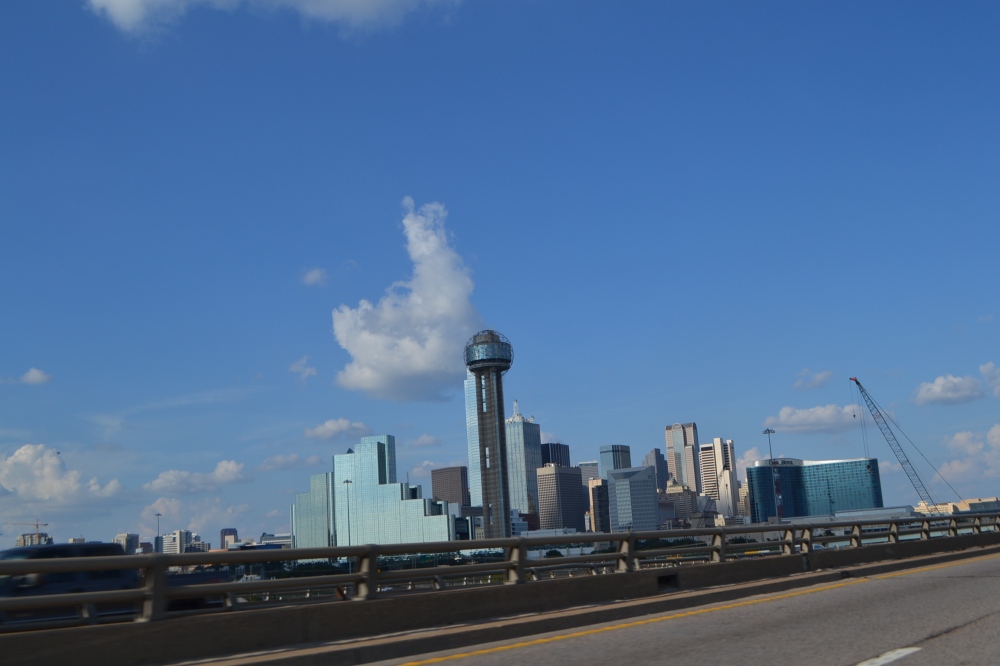 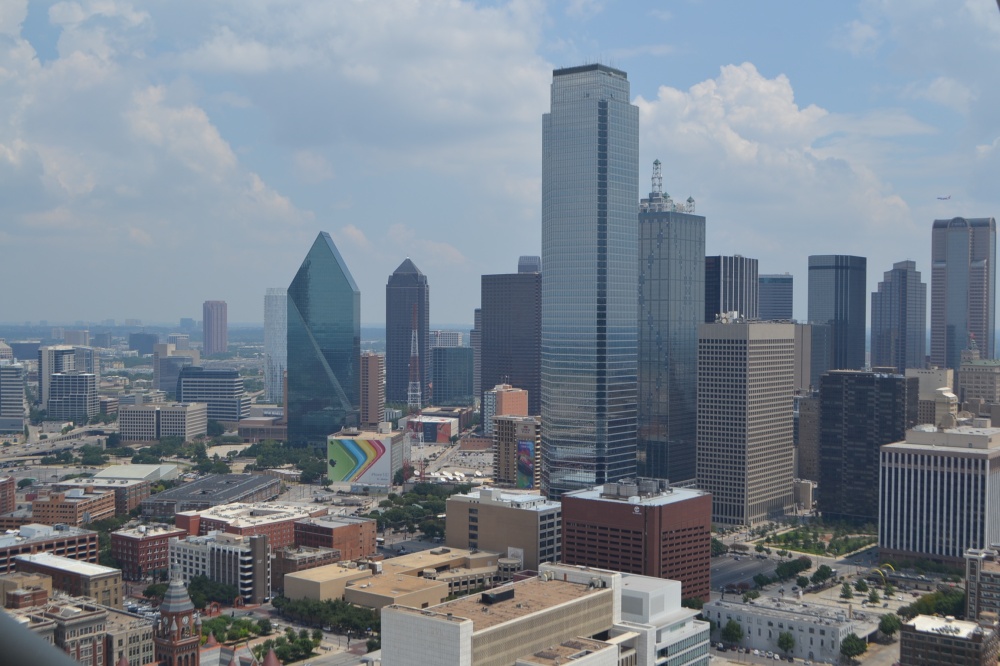