The arrival of the second child in our life is indeed a time of happiness and joy. However it also heralds a a time of changing dynamics within the family. The first born who was the sole and exclusive focus of attention within the formerly family of three is all of a sudden exposed to new changes ,especially in terms of divided attention of the mother. If not dealt with, in a tempered and wise method can lead to life-long feelings of  deprivations and Ill feelings.

As for me,as soon as I had realised my second pregnancy ,the dynamics of relations between me and my daughter drastically changed. During my pregnancy I was undergoing various changes which made it difficult for me to enjoy my daughter’s company as I did previously. A few of them were as follows.

An essential role of parents during this period is to gradually prepare the child for the new addition to the family. It must be done in a gentle manner by slowly breaking it to the child about the concept of a baby. Thankfully our daughter did not take it but positively. When you are telling a 4 year old that they can start looking for a new play-friend who unlike their friend is not going to leave them ever. They can do little much than to look forward to it.To share a certain conversation at this point-

Me:Are you ready to welcome your new friend,its coming soon you know?

DD: Yes.But is it going to jump with me on the bed?

Well,although I would later tell her the truth that since it is a baby it is going to take some time for the baby to actually get around to doing that! 🙂

Now,as a mother I never really believed that I could love the new baby more than my first born. However, Surprise !Nature has strange ways of working.The second child had suddenly become the center of my universe. I was suddenly too protective and doting a mother to my second newborn to the extent of being neglectful towards my DD.Little can you blame yourself when you are undergoing recovery from your painful and weak physical conditions. Not to forget the hormonal problems and sleep disturbances accompanying motherhood. Hardly can you blame yourself! However it must be all the more difficult for your first born who is grappling with the changing attitude of her mother who she loves more than anyone else.So remember to always re-evaluate your behaviour with her even if the newborn seemed to have taken the better part of your affection and care. A few things a mother can keep in mind are:

I would like to end this by sharing what a friend’s mother once suggested her.’ Always be careful and attentive towards the first born after the arrival of the baby for the former can sense and get affected by your harshness or carelessness of behaviour towards them easily and more quickly than the baby ever will.’

With a little help from the  husband,family and friends things can settle down in no time and it won’t be long till your elder child turns out to be the most doting and helpful sibling ever. As for ‘ sibling rivalry’ we can leave that to be discussed later.Really,Really later!

5 thoughts on “When the second One Comes…” 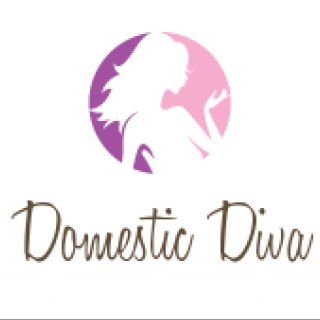