Men do not understand books until they have a certain amount of life, or at any rate no man understands a deep book, until he has seen and lived at least part of its contents.

Ever read a book  that strikes a chord in you,which while you are reading makes your mind experience a sense of deja vu,makes you relate to things its characters are telling you although it might as well be belonging to a completely different time and era yet united by a thread of familiarity .

It happened to me while I was reading the book,The help, authored by Kathryn Stockett who herself had been born and raised in Jackson, Mississippi where the story is located as well.The book tells the story of the colored and the white people and how the former often worked as cheap labors in the white homes and the discrimination and prejudices faced by them at work and the fears that secretly engulfed them. We are talking about the America in the 1960’s particularly Jackson, Mississippi. The black Civil rights movement had been going on since the last 100 years which however began to take  pace in the 60’s .In the backdrop of this poignant tale Martin Luther king Jr was the messiah and the leader upholding the rights of the black community asking for protests ,meetings and boycotts highlighting systematic boycott of the minorities. Their was a new shuffling in the older balance of power what with two new changes in the country’s history with

The main premise of the book is the relation  of these black maids with their white mistresses in the city of Jackson Mississippi which is yet to have its own societal liberation of the black community and the means of this is her two deeply touching and warm characters of the house maids Aibileen and Minny and the third character ,Skeeter who is mainly the medium of that change which has started to grip the entire country,the free thinking and kind soul who secretly stands as a help to the wronged and the deprived. Often disturbed by the many prejudices and injustices plaguing the society in relation to the colored. Her own experiences with one in her childhood greatly shaped her instincts and affections towards them.

However stating this,I am now going to depart from the regular by saying that it is not going to be my objective to examine the race relations in  those times, for the internet is full of those and neither am I an expert in it.What really touched me and made me ponder was the similarity in the unsaid rules and norms being practiced with what I have grown in the midst of .Yes,I am talking about my Homeland India and its practice of adopting the domestic help. Yes we are not talking about the 1960s ,its very much the 21st century and yet their are remarkable similarities with the domestic help system of the 60’s in Jackson ,Mississippi and the modern day India.

Now India,which is now a developing country with a G.D.P per capita growth of 6.1% p.a.However India’s latest Socioeconomic and Caste Census (SECC) (2015) tells a story of gross poverty and deprivation as mentioned in a report by CNN as penned by Ritika Katyal.A  survey showed that a good 73% dwell in rural India.Less than 5% earn enough to pay taxes and less than 10% have salaried jobs.Literacy rates are a record low with  only 3.5% of students graduate and around 35.7% of residents can’t read or write.Consequently this section of people are deprived of a decent source of income.This 3 pronged problem is responsible for its citizens to look for other labour centric methods of earning income.Sadly,around 92 million households (51%) earn their living by manual labor.A lot of women  turn to households seeking for work.However the similarity begins when we start exploring the conditions of their work. What better way to explore it than citing references from the novel. Let us start from the very beginning.

“But then I realize, like a shell cracking open in my head, there’s no difference between those government laws and Hilly building Aibileen a bathroom in the garage, except ten minutes’ worth of signatures in the state capitol.”

{All these houses they’re building without maid’s quarters? It’s just plain dangerous. Everybody knows they carry different kinds of diseases than we do.” Hilly Holbrook

Now it would be plain mean if government would be pushing it and definitely does not ring true for us nor are the reasons the same but I must admit to having seen our helps having a separate toilet wherever their is an extra one.Its like an unstated fact.However exceptions cant be denied, their are some people who are indeed very conscientious of the needs of their help.

2.SEPARATE UTENSILS AND PLACE OF EATING

Minnys mother teaching her rules of being a maid she mentions,

“Rule Number 4:Use the same cup,same fork,same plate every day.Keep it in a separate cupboard and tell that white woman that’s the one you’ll use from here on and out.

Rule Number 5 :you eat in the kitchen.“

Even later in the story Minny is quiet perplexed and annoyed when Celia Foote who probably did not have the normative inhibitions sits down and dines with her in the kitchen.

Need I even say anything,how many of us actually differ in our practices with our help unless we are truly unconventional and considerate.

Plenty of black men leave their families behind like trash in a dump, but it’s not something the colored woman do. We’ve got kids to think about – Minny Jackson (Pg 311)

Oftentimes the excuse given by many helps for working away from home , an irresponsible husband even alcoholic and abusive at times.certain times they are just plain unable to make sufficient earnings.

“You just tell Raleigh every penny he spends on that bathroom hell get when yall sell this this house,”,”

almost a repetition of the first point.Servants’ quarters are highlighted when property is marketed is what this implies.

AIBILEEN mentions getting a wage of about 85 cents an hour.IN another chapter Minny feels shy telling Celia Foote that she was working under wage at about a dollar.

In India there is no law regulating the rights of the servants and largely the wages.Many a times they are underpaid as compared to the work that they do.

Now moving away from the book,the question arises why do we as citizens of the developing world employ servants?Many of us who migrate away to the western countries hardly ever are in position to hire domestic help and readily do our housekeeping chores.Not that help is not available but their are agencies which hand out the likes of cleaning people who work on hourly basis and simply come-clean and go.

To know more about the servant- culture in the Indian subcontinent , read the following blog

A resonance still echoes in my ears of a certain overly concerned relative as to how I would manage to do my house chores while at the same time handling two kids at the time of migrating. Even now if I get a chance to talk to her she sounds so perplexed as to how I manage to handle all my housework almost as if I just told her that I did a pole vault to the moon.To be frank,this lazy attitude of some of us where we need a certain person to dust and sweep,another to wash and dry our clothes and another to cook our food perplexes and infuriates me to no end. . Even homes with meager incomes can often be seen hiring maids.What makes us so hesitant and shy to clean our own mess or clear our own trash when more than half the world are managing these tasks on their own ? However I would conclude to each their own…

On second thoughts , it seems we have taken our legacy of the British who ruled upon us too seriously it seems.The British rich people were infamous for hiring help from amongst the Poor uneducated and usually dark skinned Indian women.Thus it seems to have been passed on to us. So much for comfort and sheer inability to do our own works.What is even more perplexing is that despite most of the urban homes having washing machines ,a lot of people prefer hiring maids to even wash and dry clothes while the washing machine is reserved for occasional purposes.Sadly the dish washer as an equipment is quiet unheard of except for among a few! Somehow while writing this I am reminded of a quote that I read sometime back. It was said by Bette Middler, an American celebrity-

“My idea of superwoman is someone who scrubs her own floors.”

Is it time we were inspired by the west on this once again and time we started helping ourselves! 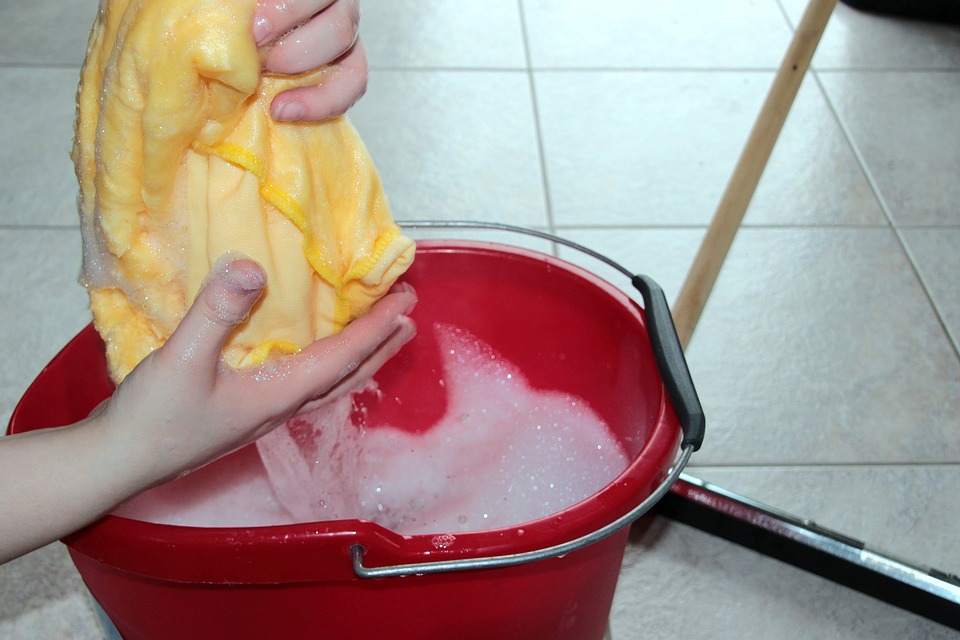